Hello everyone.  Another couple of weeks have passed by, which means that it’s time for another dev blog.

Touch Controls:
Touch controls have been added to the game.  You can now control the game with relative ease using these touch controls.  However, this will mainly be for Windows 10 devices for now.  Here’s a video about it:
Video Link

UI Overhaul:
The UI has had a massive update!  Now you’ll be able to have your buildings automatically added to Cytopia, rather than having to have them hard-coded into the game.  However, the UI tends to get a little bit “funky” with lots of items, but that’ll be fixed eventually.  Here’s a video about it:
Video Link 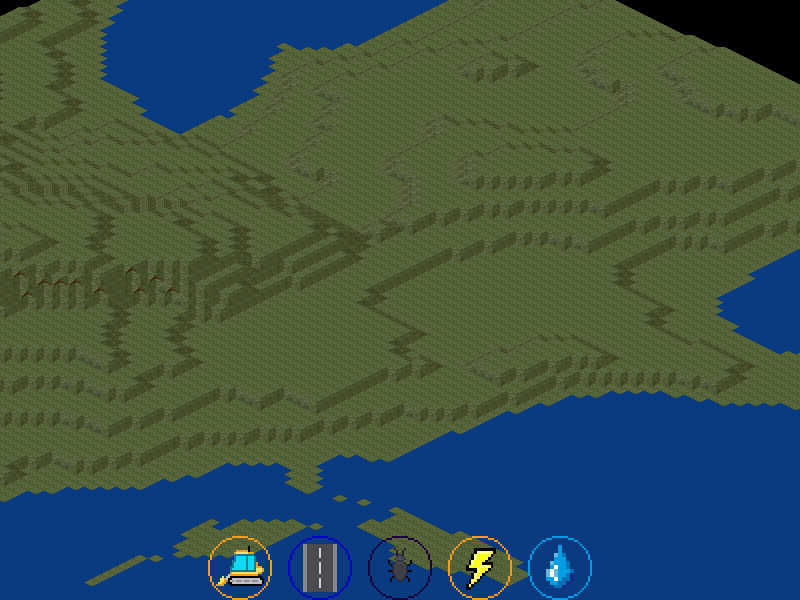 Screen Resolution/Title Screen:
New screen resolution settings, as well as a fullscreen option, have been added to the build.  A title screen has also been worked on as well.  It might look a bit rough, but it is an early rendition after all.

New Music and Sounds:
Speaking of title screens, what’s a title screen without some nice music to go along with it?  Thanks to MB22, that is now a reality, with a nice tune that’ll play when the title screen is open (once that feature is finished).

On top of that, he has also made a plethora of new sounds for the game, ranging from simple button clicks, to police stations.

New UI Icons:
Over thirty new icons have been made for the game recently.  These include things like saving, loading, editing, and more.  I have also made several new sub-category icons for the RCI zones.  This includes icons for each zone density.

Other News:
In other news, I’ve decided to scrap my idea for a fusion power plant, for now at least.  I felt like I couldn’t pull off the look I wanted (I thought it looked too plain), so I decided to put it on the backburner for now.

As usual, the graphics team has been working on making even more RCI buildings.  They have also made some new farm tiles, as well as some barns to go along with them.  Here’s a video showing the process it took to make one of those barns:
Video Link

I’ve also spruced up the car textures a bit.  They looked like Play-Doh to me, so I decided to fix that.  Although I don’t think they are perfect, I think they’ll do for now.

Finally, the very first (mostly) pre-rendered texture has been made.  Pre-rendered graphics do look promising, but it still remains to be seen whether or not the graphics team will decide to use them a lot or not.

Also, congrats to RockFort for getting Cytopian of the Month! (lol)

1 vote
You do not have permission to rate